Posted by Tulsi Subedi at 1:45 PM No comments:

Out of 23 species found in the world, Nepal has 9 species of vulture including 5 globally threatened species 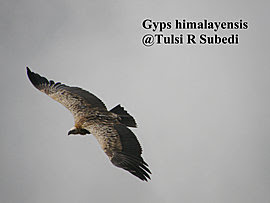 Posted by Tulsi Subedi at 2:20 PM No comments:

1. The East to West Migration of Steppe Eagles Aquila nipalensis and other Raptors in     Nepal: Abundance, Timing, and Age Class Determination.

2. Studies of Red-headed and Egyptian Vulture in Western Nepal.

More update will be posted later.................3. Explore and document the hunting and trade on raptor and other birdsI am pleased to share this information about my currently funded project to study Hunting and Trade on Birds of Prey in and around Pokhara valley, south of Annapurna Mountain Range, Nepal. Northern part of the valley (Khare) is bird migratory corridor, which is used by at least 26 species (shown in our study 2011) of migratory raptors of around 10,000 to 40,000 individual birds (mostly Steppe Eagle Aquila nipalensis to reach their wintering ground probably in Southern Africa. During the migration, many species of raptors including Peregrine falconFalco peregrinus, Lesser kestrel Falco naumanni and Amur falcon Falco amurensis use Pokhara valley as a feeding and stopover site. This project is jointly funded by Friends of Nature (FON) and Himalayan Raptor Rescue.

The overall aims of this project are;

1.      Document the species wise hunting intensity, major trade routes and spots
2.      Document the stakeholder’s characteristics involve in bird trafficking
3.      Explored and report the species/number of sized birds and their status
4.      Recommend the conservation measures to combat with bird trafficking
I hope to post the periodic updates on this project after the field visit, which will be started from the second week of March 2012. 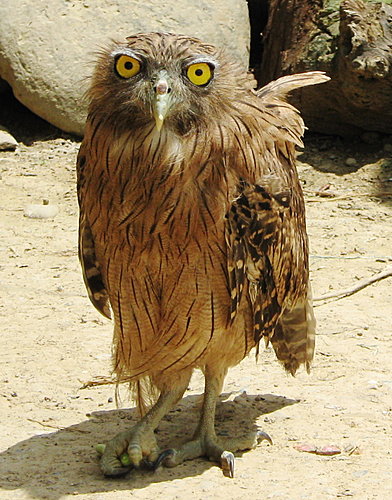 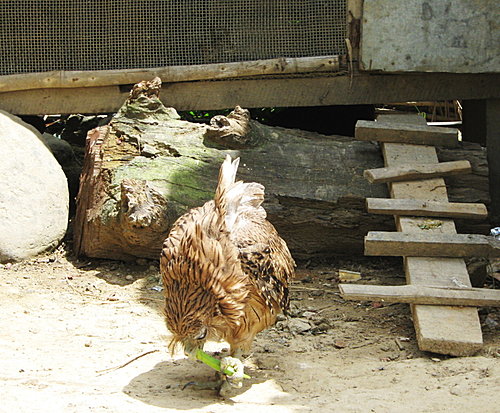 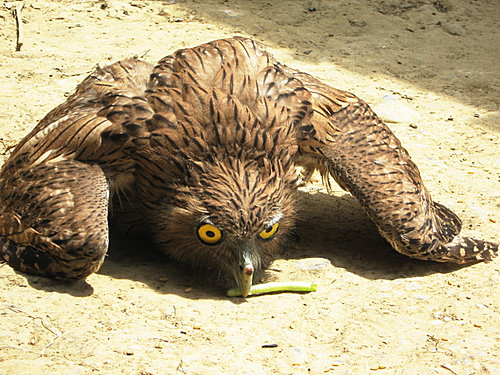 Pictures: Brown Fish Owl Ketupa zeylonensis which was taken before 2 years in Lumbini area. A local farmer was keeping this owl to sell in the market; this owl was suffering from very unnatural diet (beans and other vegetables).
Posted by Tulsi Subedi at 12:46 PM No comments: